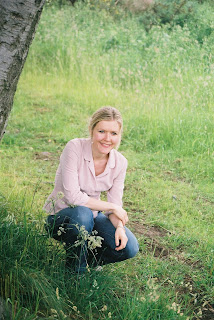 Today it has felt as if spring has arrived. In North West Durham we are lucky to have some of the most picturesque landscapes in Great Britain. However, this Labour government does not seem to have understood the rural communities nor rural issues. Professor Robert Huggins, who devised and compiled the UK Competitiveness Index, suggested that urban development has been at the expense of rural areas, stating that 'local economies in rural areas are suffering from declining competitiveness.' Perhaps it's not just time for a change of season, but also a time for a change in government.
Posted by Dr Michelle Tempest at 21.3.10

I am sure the Spring songbirds which were out today were singing about the fact that Brown will be gone by the next turn of the season!

For too long our representatives in Government have been drawn from an urban-centric pool of career politicians: "think tankers", political researchers, speech writers and barristers.

What we need are people with real experience of the real world. We've had enough of Westminster hacks who are blind to the needs of the world outside the M25.

I'm pleased to see that your blog shows that you are in touch with the needs of the rural community. Your background as a hospital doctor will also bring welcome diversity, credibility and factual experience to the political debate.

is it a labor thing? the labor govt here seems bent on destroying our rural economy too...

go for it Michelle!!!