A shortage of psychiatrists? 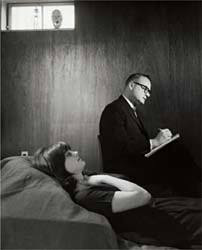 USA Today recently reported that demand for psychiatrists is climbing faster than for any other medical specialty. From April 2009 to March 2010, the company Merritt Hawkins received 179 requests for psychiatrists — a 47% increase from the previous year and 121% increase from the 2006-2007 survey.
There are concerns that supply of psychiatry trainees is not keeping pace with the increased demand. Shankar Yalamanchili, a psychiatrist with River Region Psychiatry in Montgomery, Ala., says doctors who perform medical procedures make more money than psychiatrists who converse with patients. He said "I get paid more for treating a zit than I get for sitting down for half an hour talking to a patient."

Kurt Mosley, Merritt Hawkins' vice president of strategic services, says it's "the perfect storm right now" as more than half of all psychiatrists age 55 and older are nearing retirement, and there aren't enough physicians to take their spots. The lack of psychiatrists in Iowa has been so bad that several hospitals have had to close their inpatient psychiatric care units, says Scott Lindsley, operations director for Mercy Medical Center in Cedar Rapids, Iowa.
Posted by Dr Michelle Tempest at 28.10.10 5 comments: