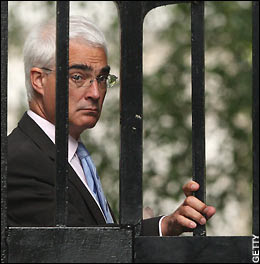 During the present glum destructive nature of the economy, histrionic panic should be avoided. It’s similar to treating an economy with bipolar disorder. Suffering a crash after a prolonged ‘high’ or manic episode. Going from euphoria to despair. During the years of boom and mania, there was inflated opinion, increased self-esteem, carefree joviality, boorish behaviour, over-optimistic ideas and reckless acts without thinking of the consequences. Now we stare in the face of depression. The market suffers the bipolar opposite feelings of recession. Suffering with guilt, lack of self-esteem, feelings of worthlessness and a bleak and pessimistic view about the future.
Politicians need to communicate and co-ordinate. Any psychiatrist will tell you, inconsistency and uncertainty are to be avoided. Casino party capitalism has no chips left to place on the table. Initial stabilisation must occur, and confidence in the Treasury is now paramount. I hope they prescribe the correct treatment at the right dose!
Posted by Dr Michelle Tempest at 7.10.08 7 comments: