I was sent this today and thought I'd share it here:

Would You Trust Labour with our Labour Wards? 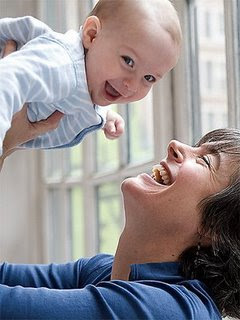 For those of you who requested a copy of the maternity care discussion written by myself and Dr Mark Slack, Lead Consultant in Urogynaecology at Addenbrookes Hospital, I've reproduced it here:

The birth of any baby is so precious, that obstetric care must be paramount in any political climate and during any recession. Has birth become more or less risky under Labour? And has Health Secretary and ex-postman Alan Johnson delivered?

Perhaps surprisingly for a government that prides itself on an ever increasing mountain of health and safety regulations, results in the delivery suite show a concerning trend. Between 2005 and 2007 patient safety adverse incidents showed a staggering 260% increase. Medico-legal claims from alleged negligent care during labour now dwarf all other medical claims. Of claims brought for brain damage, most were caused because babies were not delivered at the appropriate time, resulting in babies suffering oxygen deprivation.

Britain is almost unique in having the majority of normal births being conducted by midwives. Midwives are popular with parents and can provide one-to-one care during labour, although this remains difficult to achieve due to staff shortages. A recent poll by the Royal College of Midwives found 91% of midwives believe care has suffered as a result of rising birth rates. An extra 40,000 more babies were born in 2006 than the Department of Health officials expected. The overall birth rate is now at its highest for 26 years and some reports say that maternity wards are being forced to turn away expectant mothers. Last year’s announcement of £330 million to increase midwife numbers over the next three years was welcome, but is it too little too late? Midwives are excellent for uncomplicated deliveries, however, consultant obstetricians are vital if complications arise.

In Europe, it would almost be inconceivable for a consultant not to be present on a labour ward, and beyond belief for the consultant not to be leading a complicated delivery. Yet, over the last ten years NHS consultant obstetric workforce has not been a priority. The National Caesarean audit found that at potentially complicated caesareans, the recorded consultant presence was merely 21%. According to the Royal College of Obstetrics and Gynaecology, 80 out of 207 maternity units in England and Wales could claim to have the minimum recommended 40 hours per week of consultant obstetric presence.

As a consequence, most of the complicated deliveries are supervised and carried out by doctors in training. But do new parents want to be subjected to a constant and repeated cycle of learning? Ideally, most care should be delivered by consultants on a 24 hour basis. Following the ‘Short report’ a few maternity units were set up as a consultant delivered service. Hinchingbrooke Hospital in Huntingdon continued to work with this pattern between 1983 and 2000. During this time it had the lowest litigation rate in the country.

To apply George Osborne’s analogy, the Government failed to fix the roof while the sun was shining. It seems for maternity units, the roof hasn’t even been completed. Instead, this Government continues to develop a service only fit for sunshine; when the rain comes and complications arise, shelter is lacking. Although the cost of increasing obstetric consultants may sound expensive, it pales into insignificance in contrast to the cost of long term care for brain damaged babies. Scope, the charity that works for cerebral palsy sufferers, estimates that up to 13,000 people, or 10% of Britons affected by this form of brain damage, suffered avoidable birth trauma.

In conclusion, despite their name, the Labour government has failed to deliver care on the labour wards. The Conservatives need to hold them to account over the health needs of babies and parents.
Posted by Dr Michelle Tempest at 16.2.09 4 comments:

After a hectic day, this clip of Tunstall Reservoir, County Durham, made me smile:

Posted by Dr Michelle Tempest at 4.2.09 No comments:

Saying Goodbye to the Snow 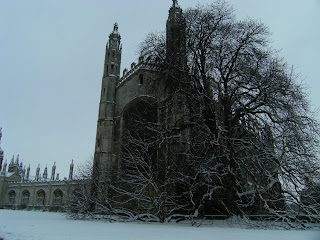