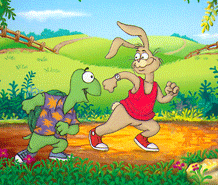 In summary after five years:
Mr Tortoise made the bank £50 Million and was given £5 Million in total bonus.
Mr Hare lost the bank £100 Million, yet he was walked away with £80 Million bonus.
Posted by Dr Michelle Tempest at 15.6.12 No comments:

The Danes lead on the Bail-ins.

In the editor's letter in City AM by Allister Heath he warns: "IF you are tempted to celebrate Spain’s bailout, or if you agree with its football-mad PM that it was a “triumph”, a great European “victory”, I would urge you to reconsider. Sure, chucking at least €100bn at insolvent, incompetently managed second-tier Spanish banks will pour oil on stormy Eurozone waters. It will reduce the immediate threat of an explosive collapse. But far from solving Europe’s crisis, it will ensure that the ultimate denouement, when it eventually comes, will be even more painful. If one looks beyond the spin, what has been agreed is relatively simple. The Eurozone bailout fund – backed by taxpayers in Germany, France and elsewhere – will lend the money to Spain’s bailout fund at around three per cent, half the market interest rate. In return, Spanish taxpayers will guarantee the loan, which will be added to the Spanish government’s books. Spain’s national debt will thus increase massively; this is not a gift but a subsidised loan. Usually, when a country borrows a very large amount of money (even at three per cent) to nationalise and recapitalise insolvent local lenders, the markets worry – they do not celebrate. Deutsche Bank is predicting that Spain’s government debt will hit 97.2 per cent of GDP in 2014-15 if the bank bailout reaches €120bn, a level that economists such as Ken Rogoff have shown cripples GDP growth. Yet without a return to expansion, Spain will never be able to repay the debt – and it will take years before the nationalised banks will be ready for reprivatisation. That is what is so troubling about the events of the past few days. Nobody has learnt any lessons from the failed bailout culture of the past four years. No bank is being allowed to go bust. Bad debt is not being written off, it is being transferred from the private sector to the public sector. This is madness: eventually, even the stronger European countries could be overwhelmed. The recession and falling house prices mean that there will be hundreds of billions, if not trillions, of bad loans across the EU in the coming years, especially when assets begin to be priced more realistically – if all of this ends up on governments’ books, some sovereigns will go bankrupt. So why does the EU establishment still believe that every bank should always be bailed out? We are meant to be operating under capitalism, where successful firms do well and bad ones go bust. The kind of corporatism we are seeing in Spain – and before that, in Ireland – is inflicting untold reputational damage on the global financial services industry. The US, the G20, the FSA and even the European Commission have all endorsed plans to create new bankruptcy and resolution procedures to enable even the biggest banks to be wound down in a controlled manner, with bonds being turned into equity to allow bail-ins and protect taxpayers and depositors. Spain’s problems are with small institutions; it should have been relatively easy to wind them down. The Americans have shut well over a hundred small insolvent banks since the crisis, protecting insured deposits but wiping out everybody else. The Danes have been the best: they have actually implemented bail-ins already, most notably in the case of Amagerbanken, whose senior creditors suffered substantial losses but depositors were protected (regrettably, Denmark has since diluted its approach). But Spain – and Ireland before it – are still inanely protecting bondholders. This weekend’s sovereign bailout won’t be the last. Spain will need even more money – and so will other countries. Taxpayers are being pushed to the limit – at some point, they, and governments’ balance sheets, will finally crack."
Posted by Dr Michelle Tempest at 11.6.12 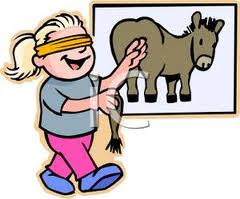 Andy Haldane, executive director of financial stability has written in the Economia magazine suggesting that it has become so difficult to "provide point valuations of banks' assets" and liabilities, it is akin to trying to "pin the tail on a boisterous donkey." Risking a hit-and-miss evaluation of banks' solvency position.
Posted by Dr Michelle Tempest at 5.6.12 No comments: