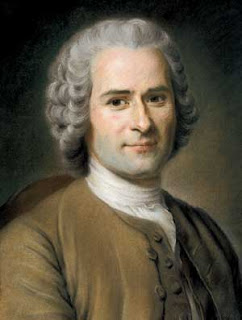 Lister – his bitter battle against bacteria

Following the discovery of anaesthetics, one thing remained terribly wrong with surgery. Around 50% of post-operative wounds became infected; in a few days patients died after the whole blood stream became poisoned. Even the simplest operations, such as lancing an abscess could prove fatal. It did not matter how skilful the surgeon, if infection took hold, the patient died.
In a Glasgow hospital, a brilliant young surgeon named Joseph Lister dedicated his life to fighting this evil. Lister was the son of a Quaker family, an earnest, unassuming and deeply religious man, uninterested in social success or financial reward. Lister did not accept the school of thought that wounds became infected by some mystery gas in the air. He suspected that minute organisms entered wounds. As a meticulous researcher and surgeon, he recognized the relationship between Pasteur's research and his own. He considered that microbes were the likely cause of the wound putrefaction and they had to be destroyed before they entered the wound.
Lister introduced carbolic, a by-product of coal-tar, into the hospital wards and operating room. He dipped his instruments in it; swabs and bandages were rinsed in it. He even sprayed the air around with a fine mist of carbolic while he performed his operations. Using this new technique he found that even terrible fractures and gaping wounds, which inevitably would have become septic under the old treatment, healed in wards under his control.

Lister’s techniques have since evolved into the aseptic techniques of modern surgery with sterilised overalls, caps, masks and rubber gloves; sterilised instruments, operating tables, and theatres. He fought and won against both the bacteria and the prejudices of the times to introduce the vital aseptic advancements.

“A scientist’s life is his work.”

“A feeling heart is the first requisite of a surgeon.”

“It is the main object of my life to find out how to procure such a result in all wounds.”
Posted by Dr Michelle Tempest at 8.8.05 1 comment:

One of the greatest struggles for a better world, was the fight against slavery which waged for two hundred years. In England, at least, it was William Wilberforce whose untiring devotion finally carried the day, to what at times, seemed like a hopeless cause.
At the age of 21 he was elected an MP and after Wilberforce found religion he was looking for a cause to champion which could allow his passion for Christianity to expand into social affairs. Happily, the group working for the ‘Abolition of the Slave Trade’, were at that moment seeking a leader who could carry their work on the floor of the House of Commons.

Enormous financial interests opposed slavery abolition; Bristol and Liverpool had practically been built on the money made from the infamous trade. British shipping had become enormously profitable by trafficking slaves from Africa to America; plus colonies in the West Indies depended upon it.
Wilberforce brought two great phases. The first, making the carrying of slaves on British ships illegal and the second, to free all slaves under the British flag.
He faced a mammoth fight as even when he got laws passed despite enormous opposition in the Commons, they were defeated in the Lords. However, Wilberforce never faltered during the 20 years it took to get the Bill against slave trade passed. In the final debate members of the house praised his untiring devotion which had made it all possible.
His second Bill to abolish all slavery under the British flag took another 25 years of battle. Just two days before his death the House of Commons passed the final measure to abolish slavery. His life work was crowned with glory, eight thousand slaves became free and the stain was washed from the British flag.

Quotation from William Wilberforce:
“True Christian benevolence contracts itself to the measure of the smallest, expands itself to the amplitude of the largest.”
Posted by Dr Michelle Tempest at 28.1.05 No comments:

Remembering the Power of Advocacy.

Recently whilst re-reading To Kill a Mockingbird, this 1960's novel by Harper Lee reminded me about the necessity of advocacy. The well known story is told from the point of view of the six year old daughter of Atticus Finch, a lawyer in Maycomb, Alabama. It's set in a fictional small town in the Deep South of the USA.
To the consternation of Maycomb's racist white community, Atticus agrees to defend a black man named Tom Robinson, who had been accused of rape. He did so because of he felt strong sense of morality to try and save Tom from unfair prosecution. Throughout Atticus is a guiding light for his children, and teaches them that one should not dwell on the fact that evil exists, but should instead realize that the existence of evil is a sign that there is work to do, and progress to make. Despite Atticus providing clear evidence that the accusers are lying, and significant evidence pointing to Tom's innocence, the all-white jury convicts him. The innocent Tom later tries to escape from prison and is shot to death.

Quotation from the book:
"You never really understand a person until you consider things from his point of view... until you climb into his skin and walk around in it"
Quotation from Gregory Peck whilst playing Atticus Finch:
“I put everything I had into it – all my feelings and everything I'd learned in 46 years of living, about family life and fathers and children. And my feelings about racial justice and inequality and opportunity.”
Posted by Dr Michelle Tempest at 12.1.05 1 comment: