The Importance of Winning North West Durham for the Conservative Party 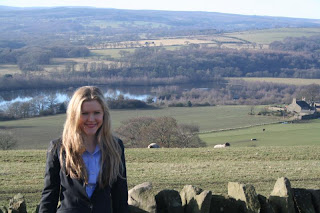 I am looking forward to the year of change. Gordon Brown has sold our gold reserves at knockdown prices, sent our troops to war on a peace time budget and under funded the prisons service so that thousands of convicts were released without serving even half of their sentences. Labour have raised the tax burden on the poorest, penalised two parent families, allowed grade inflation in schools, ballooned quangos and lacked any moral leadership in dealing with the MP’s expenses scandal. Labour leave an irresponsible debt legacy.

These are just some of the reasons why I ask for your support in the up coming General Election. David Cameron must prepare to get Britain working again and we must ensure that we do as much as possible to ensure he gets the keys to Number 10. And this means winning North West Durham for the Conservative Party.
Posted by Dr Michelle Tempest at 7.2.10

its the same here and they have done it in under 3 years...!!

Hmmm. You're clearly highly rated by the Tories given that they're parachuting you in from Surrey to fight an election in one of the safest Labour seats in England.

Dear anonymous, I'm not beng parachuted in. It was my choice to fight Labour in their heartlands. Labour have let down the people who needed help the most. It's time the we had choice to vote for change, and send Gordon Brown a message that he can not take them for granted. Thanks for visiting my site - and taking enough interest to post a comment.