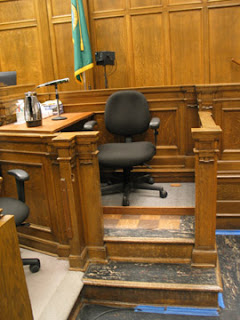 The effect of changing a single word in questions has been tested by psychologists Loftus and Palmer in the context of eye witness statements. In one example participants were shown a 30 second videotape of 2 cars colliding, then they were asked questions about the collision. Some participants were asked "About how fast were the cars going when they hit?’ For other people the word ‘hit’ was replaced by ‘smashed’, ‘collided’, ‘bumped’ or ‘contacted’. These words have very different connotations regarding both the speed and force of impact, and this was reflected in the estimated speeds given.

Interesting I presume the speeds were given as multiple choice along with the word.

Bumped I would say as in having caused no serious damage, or maybe knocking a pedestrian kind of speed at 20 mph or less

The other words of course I would use at varying speeds - of course you can hit another car without crashing, and you can kill a pedestrian by hitting them with a car - sending them flying into the air, and cracking their heads open when they 'hit' the ground.

I totally agree with the findings, not surprised one little bit.
Thanks so much for visiting my blog, you have some super posts....i shall return!

Thanks quasar9 and michelle for your comments. Michelle