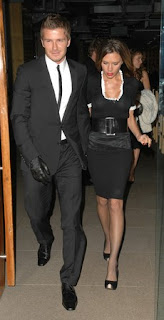 The short answer is 'yes'. Modelling is the copying of certain behaviours of others which have proved successful, another way of putting this, is to create a short-cut to the end goal.
Nature vurses nurture
The human brain develops long after nature’s unique genetic code has been allocated and subsequent embryonic growth. The brain continues with the capacity and the necessity to develop and learn via nurture. Children learn their behaviour and coping strategies, in part, by copying and mimicking. Learning from people around them; parents, siblings, friends and society in general. Therefore your brain develop as a conglomeration of an infinite source of memories; a bank of situations that you and those around you have found themselves in and how those situations were dealt with.

Imitation and reinforcement
According to social learning theory, behaviours are part learned by imitation of others and via reinforcement, progressively built upon. In fact, throughout life each social situation is uploaded into the brain and the brain has the potential to lay down, modify or reinforce its own hard wiring. Hence, the information the brain gets given is important and perhaps especially so whilst children, as the child’s brain is very rapidly developing social hard wiring.
Brain hygeine
Whatever the precise answer to these issues, there is little doubt that the continual inputs the brain receives from the outside world are important factors in shaping decisions and actions. On a more political level, there is the issue as to whether the media itself should actually regulate some of the messages it sends out given the power which role models can have on people’s lives. This has recently come to the fore in the debate about underweight models being used by modelling agencies, and whether role models actually change society's view as to what is normal or not and what effect this can have on the vulnerable. It's definately food for thought in this blog week I have dedicated to eating disorders.
Posted by Dr Michelle Tempest at 30.1.07

What makes a role model?

In recent years so many politicians have smeared their reputations. Politicians are going to have to work very hard before they could become role-models again.

Rightly or wrongly, Posh and Becks are considered role models by millions.

Hi Vicky, many thanks for your comment. Some politicians have smeared their reputations, yet many politicians have a desire to try and make our country a better place, and that is to be celebrated. Perhaps we need role models from a wide variety of jobs, not just the performing arts. For example, more political female role models (such as, yourself) is to be encourgaed. Michelle

Hi Michelle, thank you for the lovely post. I like the word modelling and I use it a lot in my life and with my 'Coachees'. The concept of modelling in NLP is amazing! Take care and God bless Debojit