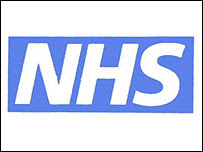 Next year sees the end of the increased level of spending pledged to the NHS and what will remains are some extremely difficult policy decisions to be made. The question then seems to become, is this new level of bureaucracy a method of passing the buck on political decisions?
Posted by Dr Michelle Tempest at 17.10.06

Very good point. We've got too many unelected bodies in this country as it is.