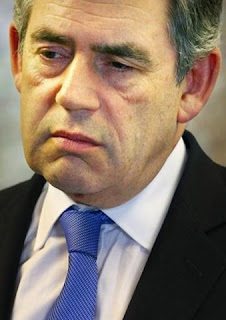 A necrosing, fungating, pungent mass may be excised by a surgeon’s knife, using a wide margin excision. The histological report and analogy with Crewe and Nantwich could return terminal for Gordon Brown; as the Labour stronghold was voted out in favour of the 165th target Tory seat. A wide margin of resection, by any measure.
So, does that signify the end for Gordon Brown, or will more surgical misery ensue? Surgeon Lord Darzi, has suggested that traditional GP surgeries could soon be replaced by new ‘polyclinics’, which house GPs alongside other health professionals, all under the same roof. If a trial of these new centres in London is successful they could be enforced across the country. However, if they take after Gordon Brown any honeymoon period they enjoy will have no happy ending.
The Blair days of “24 hours to save the NHS” have long since departed, and the time has come to stop squandering billions of taxpayer pounds on NHS white elephants, such as electronic records that still don’t work. Despite Labour’s abysmal mismanagement of the NHS, they are pushing full steam ahead with the polyclinic idea. Yet, for many patients, losing their GP is not as easy as it sounds. Rapport and trust between doctor and client is built gradually and develops over time. It’s not always possible to pick up the nuisances of an illness in a ten minute consultation, especially if the service user is unknown to the GP and suffers with multiple chronic illnesses.
As Eamonn Butler suggests in ‘The Best Book on the Market’, if we trust the market, then polyclinics would not have to be enforced, but would naturally develop in areas where the local community wanted them. Although nobody expects markets to be perfect; it’s often their imbalances and imperfections that make them work. If information is the grit in the market oyster then GPs may be the black pearl. GPs already have access to the local information and health needs, so why not trust the professionals to be entrepreneurs? Trust them to lead and respond to changes within their community. Free them from bureaucracy, red tape and the centrally-dictated targets.
Rather than the institutionalised ‘learned helplessness’ of the NHS professionals, free them to build their GP practice like a business. Allow market forces to naturally develop according to need. For example, let services and client’s needs develop symbiotically; where the client dictates the opening hours and the surguries perhaps charge patients who do not attend and waste precious appointment slots.
In conclusion, I believe the NHS needs to encourage innovation, open the market and end central control from a dictatorial Prime Minister. Until that day, Gordon Brown is offering as much depth to the NHS debate as a flat screen television. He’s doing nothing more than imposing regulation like a sledgehammer that misses the nut.
Posted by Dr Michelle Tempest at 30.5.08

I think it is his way of controlling. I just hope it won't take too long to undo all the damage.

Doesn't the expression on his face speak volumes? This is all called floundering well beyond your depth. Excellent piece.