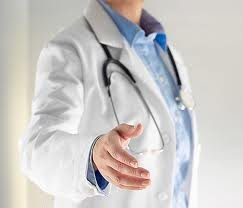 Maybe Dr Michelle, who was a conservative candidate at the last election, have a word with Andrew personally?

i agree with you doctors should have a role in commissioning.
diagnostic equipment dealer

HI, not sure if it means much but Dr Jim fowler passed away recently. HE will be missed by family, friends and bloggers he knew.

its interesting and well judged analysis is reflecting in this writing.

Nice article, thanks for the information.

Dear Dr. Tempest,
It’s a great pleasure to read your blog. I find your post very informative. Thank you for sharing.
As a reader, I consider your writing to be a great example of a quality and globally competitive output.
As a moderator for Physician Nexus (a community for physicians) I would like to share your genuine ideas and knowledge. With this you can gain 1000 physician readers on Nexus.
We would love for you to visit our community. It's free, takes seconds, and is designed for physicians only - completely free of industry bias and commercial interests.
Best,
Janmar Delicana
On behalf of the Physician Nexus Team
www.PhysicianNexus.com