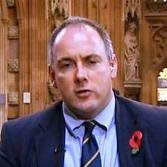 The hard working MP for Harlow, Robert Halfon, is in support of creating a Royal College of Apprenticeships, and you can read more about his proposal here. Apprenticeships should have their value highlighted and supported in both the economy and society. I wish him every luck with his proposal. He has suggested that he hopes it will develop into something like the British Medical Association. However, I hope that any Royal College of Apprenticeships will remain true to its name, and rather than following the 'trade union' BMA, it will follow in the footsteps of the Royal College of surgeons/ Physicians or Psychiatrists and be a body to 'maintain and achieve high standards'.
Posted by Dr Michelle Tempest at 1.12.10

I know this is a subject close to Rob's heart and with rising tuition fees, we need more alternatives like this.

Have a great Christmas Michelle. Hope to see you in 2011.