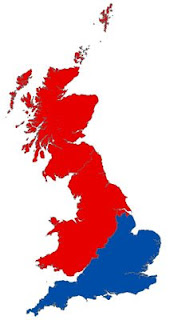 Today The Guardian reported on ‘how northern children top the happiness league’. An Ofsted report found that teenagers in the north of England are emotionally more secure and have more than one best friend by the age of 15. The survey ratings were less good news for leafy Richmond, London. Where children reported the lowest levels of emotional well-being.
So, perhaps during this current recession we should all learn something from the community spirit that remains alive and well in the north of England. In the last ten years Gordon Brown has tested to destruction his theory that money can buy happiness – it can’t. As psychologist Winnicott famously stated, life is about interactions between people. But then when Gordon Brown has Peter Mandelson as his best friend, I can not imagine a happy outcome for him.
Posted by Dr Michelle Tempest at 8.1.09

As a traveller I often come back to Sydney and tell family and friends that there is a sense of community ( in the north of UK) far more so than here. I find this also in France. People are willing to say hello and strike up converation. This does not happen here at all.