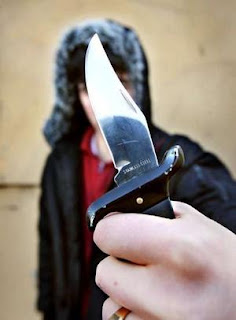 As childhood knife crime is dominating the headlines, perhaps it's worthwhile remembering the words of Jean-Jacques Rousseau. He believed infants were born infinitely malleable with the potential for moral goodness that experience of life corrupted. "Everything is good" he wrote in 1762 "that leaves the Creator's hands: everything degenerates in the hands of man."
Since the end of the eighteenth century, the concept of childhood as a time of extreme impressionability, and of crucial significance for personality development, has been a powerful force politically and socially. Descriptions by Charles Dickens of the terrible living conditions of the poor were meant to move politicians, and they did. It was known then that only social reform and active measures could solve the problem.
Posted by Dr Michelle Tempest at 18.7.08

As the mother of four children, I am a little unconvinced by the malleability/innate goodness thing. I do think that we have the power to influence our children's development to an extent - but some children are born kinder than others and some are much more susceptible to corruption than others. But yes, children brought up in a loving, secure environment are much less likely to turn to knife crime or bullying than those who lack that.

mmmnnn I have 4 kids and I tend to agree with you, reluctant blogger.

Increasing violence seems to be right across the spectrum, internet bullying/sms/mms etc...

& its not just physical (In my humble opinon)