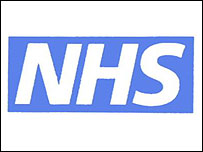 Next year sees the end of the increased level of spending pledged to the NHS and what will remains are some extremely difficult policy decisions to be made. The question then seems to become, is this new level of bureaucracy a method of passing the buck on political decisions?
Posted by Dr Michelle Tempest at 17.10.06 1 comment:

To celebrate London Fashion Week, try the following exercise. Count the number of times your brain registers an image of a thin woman between getting up and going to work.

Check your cereal box, your newspaper, your morning TV, posters on the Tube. When I did this recently, I was staggered to count 63 models who appeared underweight in less than an hour. Almost every minute, my brain was being subjected to an unhealthy image. Society now seems to accept that junk food is an unhealthy input into our mouths, yet it still seems unconcerned that junk information is unhealthy food for the brain. We get a choice of different foods on offer, so why don’t we have a choice of what stimuli our brains are bombarded with?

Eating disorders including anorexia nervosa, bulimia nervosa and binge-eating disorder, affect a staggering 12 per cent of the population with milder forms being more prevalent. The common factor among all eating disorders is dissatisfaction with body shape and consequent dietary restrictions. Although these disorders are multifactorial, few would dispute the social pressure to be thin, especially for women.

The sad fact for anorexia nervosa sufferers is that as many as 20 per cent may die – some during their quest to imitate underweight role models. What must be done?

Few people would argue with the general proposition that weight in itself is a matter of personal choice. Further, that press freedom is crucial to a democratic society. However, with freedom comes responsibility and this is where the problem lies. By turning a blind eye to the effects it is having on society, the media is simply abusing its freedom at the expense of us all.

One solution may be to add provisions into the constitutions of the media’s regulatory bodies, such as the Press Complaints Commission, to try to avoid portraying the symptoms of eating disorders as glamorous. Or, as we celebrate the start of London Fashion Week, a lead might be taken from a recent show in Madrid to ban models with a Body Mass Index below 18 and urge them to go see a doctor rather than go down a catwalk.
Posted by Dr Michelle Tempest at 16.10.06 3 comments:

Why Society is Part of a Big Family 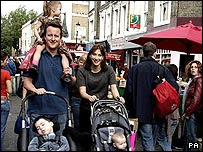 Tory leader David Cameron said his party must do more to keep families together, after a report suggested that parental splits are creating an underclass.
Indeed, it is known that behaviour is learnt after spending years imitating parents, siblings, friends and society. Many people like to blame their parents for their maladaptive coping strategies, and this may, in part, be true. However, this also leads onto the good news – if behaviour is plastic then it can also be modelled, so new behaviours can be learnt changed and modified. After accepting that behaviours can be learnt from others at any age, the door is opened to breaking the cycle of maladaptive coping mechanisms, by modelling new behaviour on different adaptive coping mechanisms.
Whilst the report highlights the role of parents, we forget at our peril, the societal social responsibilty.
Posted by Dr Michelle Tempest at 11.10.06 No comments: